Activities and Days Out in the Quantocks and Somerset Area

The Quantock Hills attract walkers, cyclists, horse riders and people simply admiring nature. Although one of the smallest range of hills in the country, the Quantocks are considered to be one of the finest. There are frequent sightings of red deer and wild ponies grazing amongst the heather and bracken, and the sight and sound of buzzards as they circle on the thermals overhead. There are many delightful places to picnic and enjoy the views. Come simply to enjoy the peace, the heather-clad moors, deep valleys, and sparkling brooks. You can pop in to one of the pretty villages dotted around the hills, where you can take a break for a warming pub roast or a scrumptious afternoon cream tea.

According to one of the Mountain Bike magazines, The Quantocks Hills are the mountain biking area of the moment and are amongst one of the most popular UK mountain biking weekend choices. ‘Small but perfectly formed they contain literally miles of superb single track and are pure mountain biking heaven!’  Bike hire, including delivery and collection can be arranged through  Exmoor Cycle Hire, see their website for more details:  http://www.exmoorcyclehire.co.uk.

Horse riding on the Quantock Hills

Horse riders adore the Quantocks and come to the area for peace and quiet, as well as the unspoilt countryside and panoramic views. There is a fabulous diversity of riding landscapes, including forest plantation, ancient oak woodland, beautiful combes with streams and heathland (moor).

The West Somerset Railway is Britain’s longest “heritage” line. From Bishops Lydeard it runs over 20 miles through stunning scenery of the Quantock Hills, en route to Minehead.  There are ten restored stations along the way and places of interest including the old harbour town of Watchet with its Marina, Washford with Cleeve Abbey, craft centre and cider farm, and medieval Dunster with the Castle, Priory and Mill.

Visit Samuel Taylor Coleridge’s cottage in the nearby village of Nether Stowey. It was here that he wrote some of his most creative works, including ‘The Rime of the Ancient Mariner’, ‘Kubla Khan’ and ‘Frost at Midnight.’ All these poems draw on the Quantocks in some way but the most direct description is found in ‘This Lime-Tree Bower My Prison.’ Wordsworth spent a year living in Alfoxton on the outskirts of the village and wrote 20 poems in this period. Most of the works describe local Quantocks scenes and characters. He particularly adored the waterfall at Holford Combe. In 2001, the lives of Coleridge and Wordsworth were celebrated in a film called Pandemonium that was shot on location in the Quantocks.

Dunster has many attractions, with over 200 listed buildings.  Dunster Castle, dating back to the 11th century, now managed by the National Trust, overlooks this beautiful village & surrounding area; the recently restored Tythe barn, the old mill, and a wonderful church; the Doll Museum .  The village has several pubs, tea rooms and restaurants, plus many interesting shops.

The historic village of Kilve with its delightful fossil lined shore is approx 6 miles away.
Enjoy a cream tea in The Chantry Tea Gardens and view the ancient Chantry next to it.

Minehead has a popular beach, good shopping and entertainment facilities and is approximately 30 minutes drive from Crowcombe. 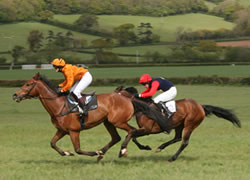 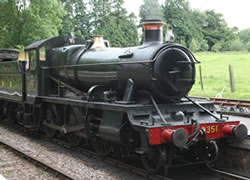 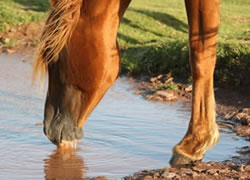 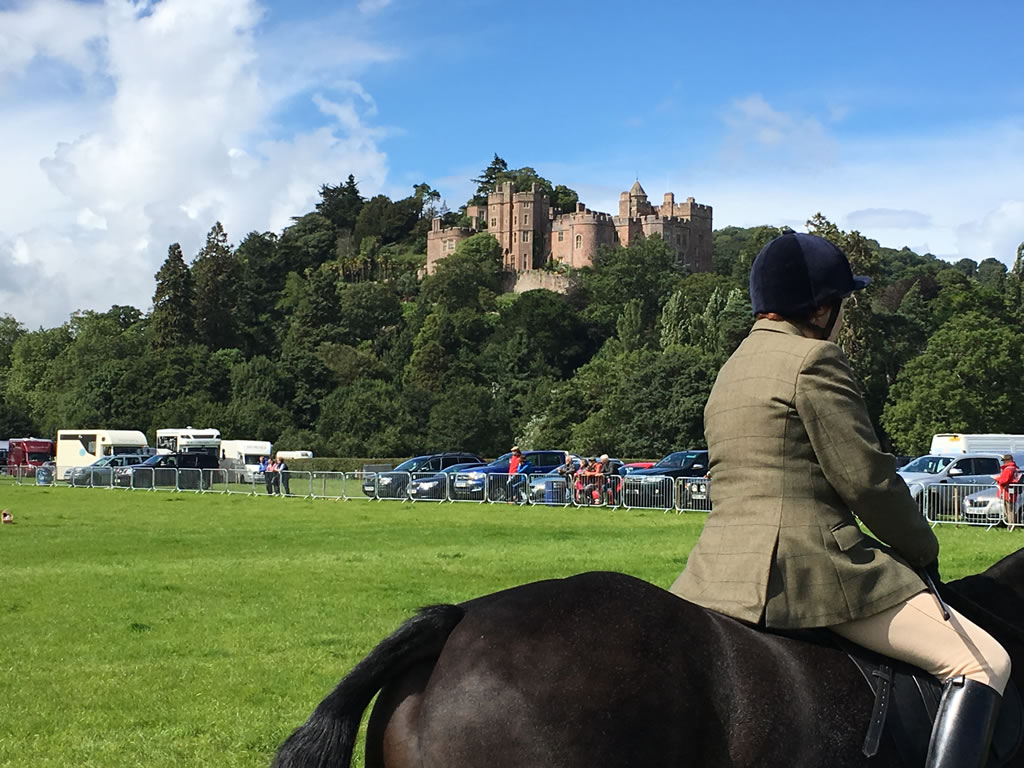 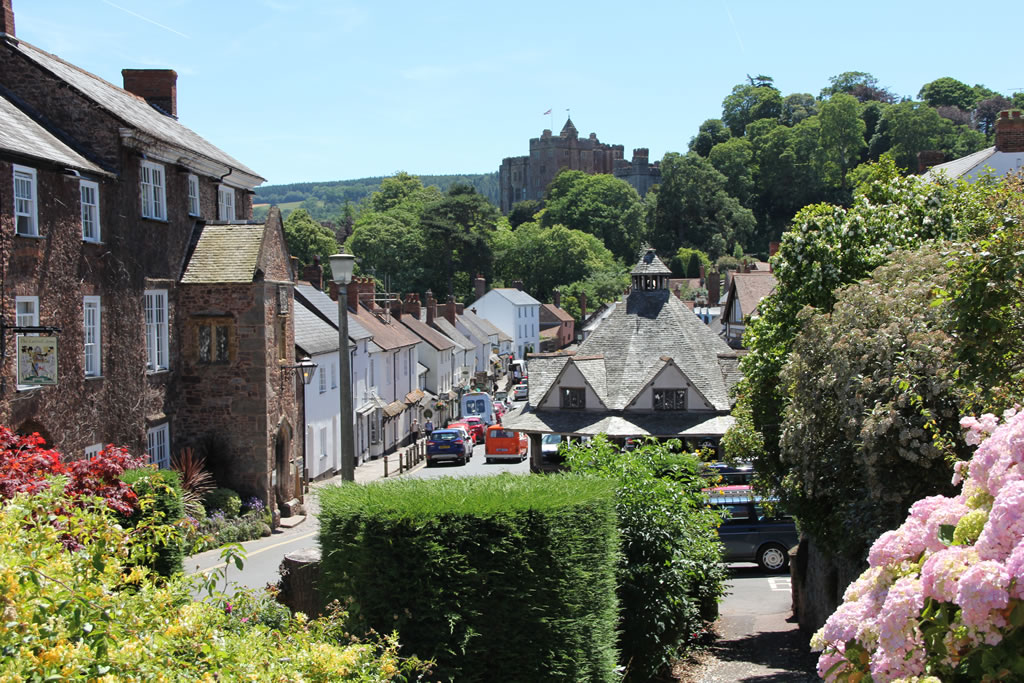 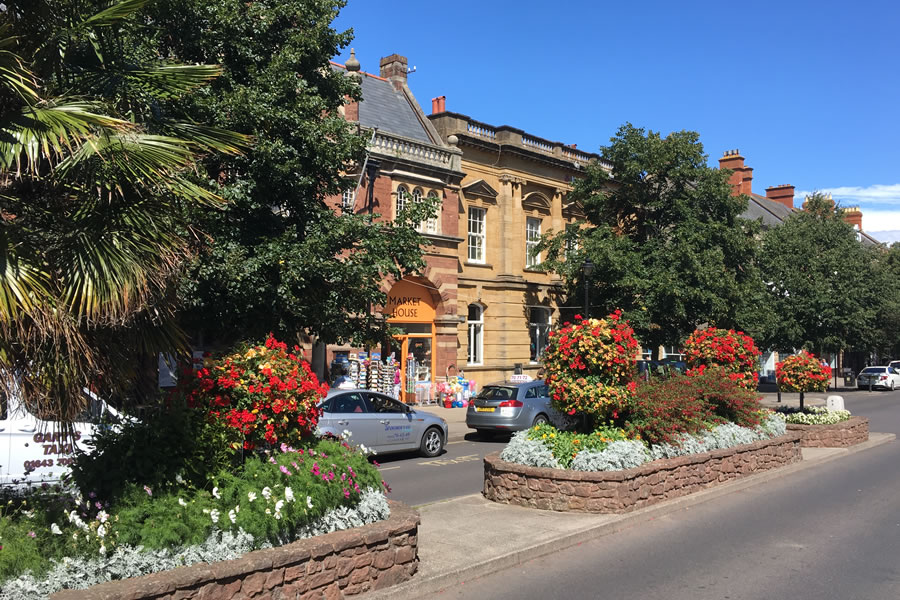 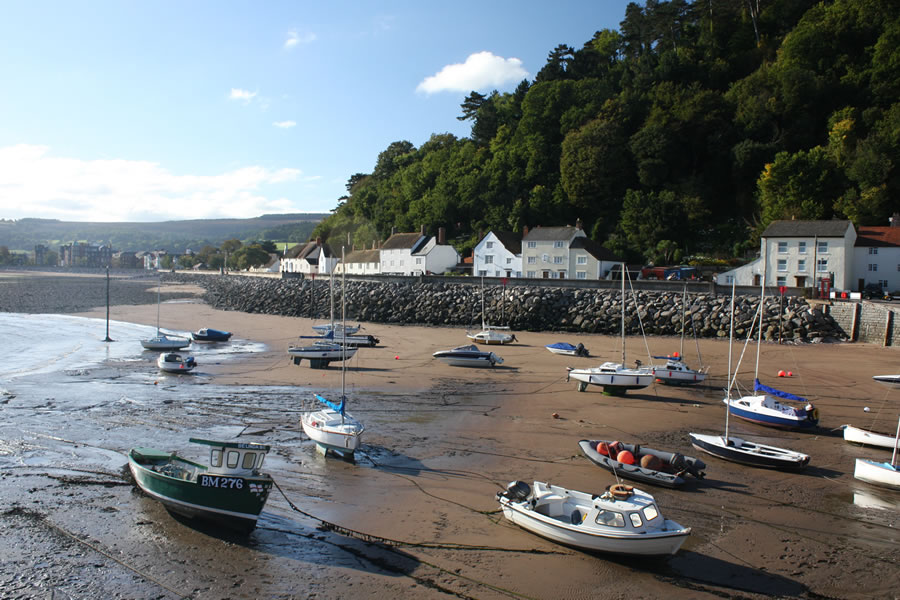 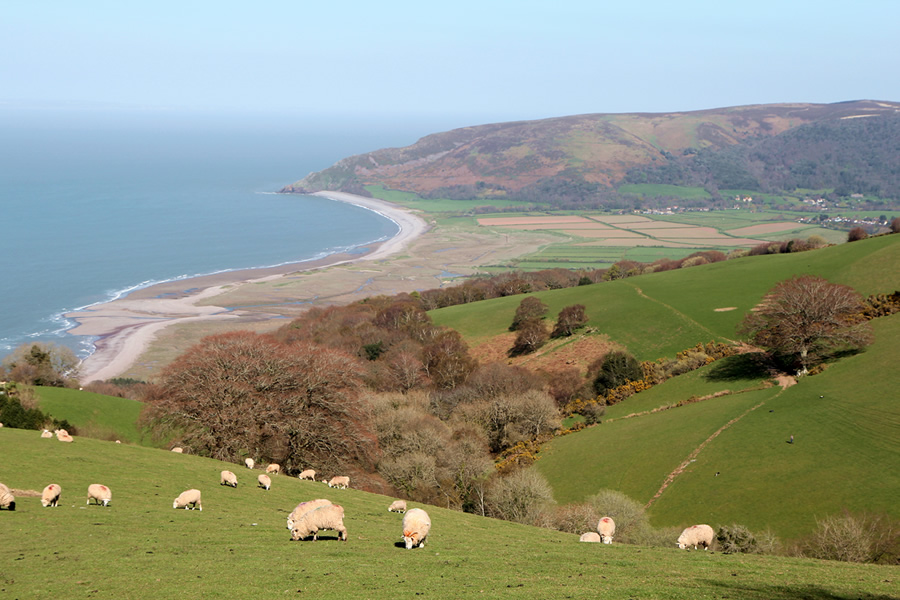 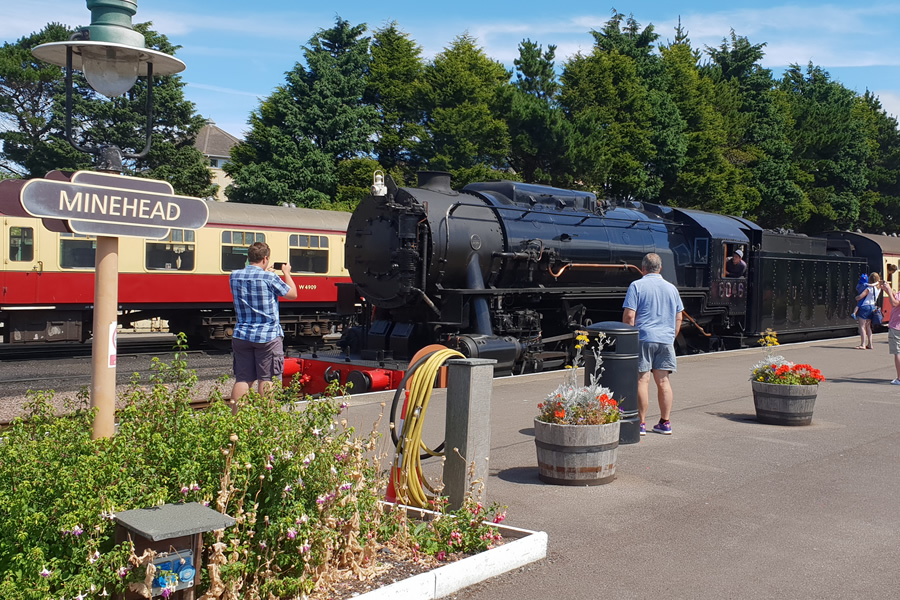